This Fall, Josephine County voters will have the opportunity to determine who will serve them in two separate judicial races in Josephine County. My good friend and colleague, Jason Hayward, is on the ballot this Fall for Josephine County Circuit Court Judge, position 4. His opponent is Judge Sarah McGlaughlin. The purpose of this article is to encourage you to vote for Jason and invite you to ponder some important principles that relate to your choice this Fall.

First, a little background. What is the judiciary? The judiciary is the part of our country’s government that is responsible for its legal system, including all the judges in the country’s courts. 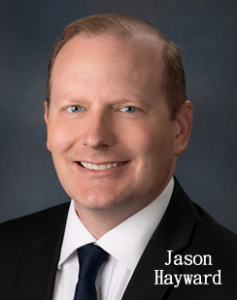 All the rights secured to the citizens under the Constitution are worth nothing, and a mere bubble, except guaranteed to them by an independent and virtuous Judiciary. -Andrew Jackson

However, judges’ allegiances must ultimately be to the Constitution. We need to trust that our judges will listen, reason, and decide cases according to the Constitution, not personal political preferences or the interests of their own campaign supporters. It is a sacred trust.

Former Supreme Court Justice Antonin Scalia taught that “A Bill of Rights that means what a majority wants it to mean, is worthless.” Sustaining individual liberties and constitutional rights is not always a popular enterprise, especially when passions run high, but judges ultimately are not politicians and they shouldn’t make decisions with popularity in mind. Virtuous acts are commonly performed when there’s nobody around to notice the act but the Almighty. Virtue is moral courage, not virtue signaling.

In addition to my remarks on President Jackson’s quote, I would like to emphasize my personal belief that the founders and drafters of the Constitution understood the value of a free press to preserve individual freedoms. They understood the necessity of independent and virtuous journalists and media to shine the cleansing light of transparency upon government. Journalism in our day, perhaps in any age, is not totally free, fair, unbiased, or responsible. However, when independent and virtuous writers and editors act in the public interest, the press can be a powerful force for protecting constitutional rights in the court of public opinion. The judiciary and the press function as two yokes steering our people and democracy upon the constitutional path. Our wagon may veer more to the left, re-center and move back over to the right at times, but so long as the courts and the press function properly to keep us on the constitutional path, our nation, state and county can avoid going over a cliff.

I hope that some of these principles I’ve shared will foster a better appreciation for the role that our judges play in guaranteeing our constitutional rights. On a daily basis, judges are making difficult decisions that affect the lives of those who appear before them. I have made those decisions in my past service as a Judge Pro Tem. I know that Jason has done the same during his eight years serving as a Judge Pro Tem also. While some may discount the importance of a decision on a small claims dispute, city code violation, traffic citation or eviction proceeding because either the dollar amount or the individuals involved aren’t considered newsworthy, I can tell you that these are matters of great consequence to these individuals.

Moving forward, I encourage you to invest more attention to judicial races. Think of it less as a contest and more as an opportunity to select your local guardians of the Constitution for all of our community’s citizens – even the ones you may disagree with. With that said, I am not saying your judges should walk on water or be otherwise perfect. Judges are people. Even judges make mistakes. What matters is a judge’s commitment to continually strive for perfection, knowing notwithstanding that he or she will not obtain it, but striving nonetheless to honor their role as your public servants. Without such men and women, the Constitution truly is under threat. I am confident that should the citizens of Josephine County elect Jason Hayward to serve as a judge, he will strive to be the independent and virtuous (morally courageous) judge that President Jackson speaks of so eloquently. E-Mail Jason Hayward: contact@friendsofjasonhayward.com

[BIO: Patrick J. Kelly has practiced law in Josephine County for over 40 years. He is a graduate of the Willamette University School of Law, class of 1979. His distinguished career includes the representation of the City of Cave Junction and the Grants Pass Irrigation District, serving as a hearings officer for Josephine County and the City of Grants Pass, and has previously served as a Circuit Court Judge Pro Tem. Mr. Kelly takes pride in helping others, clients and non-clients alike, in forging solutions to their challenges. He treasures the liberty of others as much as his own.]

“Paid for by the Friends of Jason Hayward.”