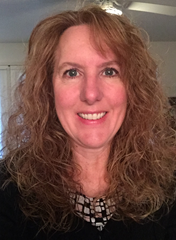 The Ban Tax On Groceries Initiative

A YES vote supports this amendment to prohibit state and local government from enacting taxes on groceries.

Currently, Oregon does not have a statewide sales tax, including on groceries, but has no law preventing local governments from establishing such a sales tax.  The politicians in Oregon have tried again and again to tax our groceries. History has taught Oregonians that the Legislature is too often deaf to their concerns about a growing tax burden. Recently, legislators have skirted the constitutionally required two-thirds majority vote on new taxes by persuading themselves that tax increases and measures that broaden a tax’s reach are, in fact, not new taxes at all.

Measure 103 will help keep food costs in check for all Oregonians. A tax on groceries is unfair and regressive and hits those who can least afford it, like seniors, low-income households and military families. Measure 103 would change the state constitution to prohibit the enactment or increase of any state or local tax, fee, or assessment on the sale of groceries without specific voter approval. The prohibition on taxes or tax increases on grocery sales would apply to any tax or fee put in place on or after October 1, 2017, thereby applying retroactively to any taxes or fees enacted between October 2017 and the election on Measure 103. It would prohibit taxes at every point of food sales, from production, processing, wholesale and retail, with the exception of meals served at restaurants. The Measure would not include alcohol, tobacco and marijuana. Measure 103 would preempt local governments from taxing soda or sugary beverages.

Measure 103 would also freeze Oregon’s corporate minimum tax, another reform that would help reduce the tax burden on state businesses and make the state more competitive.

The Definition of Raising Revenue for Three-Fifths Vote Requirement Initiative

A YES vote supports this constitutional amendment to apply a three-fifths supermajority vote requirement to any legislation that increases revenue through changes in tax exemptions, credits, and deductions.

Over 20 years ago Oregon voters passed a constitutional amendment requiring a supermajority vote on all revenue raising legislation. Currently, only bills that propose a raise in taxes must be approved by a three-fifths legislative majority (aka a supermajority). In recent years, legislators and their lawyers have found creative loopholes and made several attempts at raising taxes and eliminating tax exemptions, deductions and credits without a supermajority vote. Dozens of bills were introduced in the past two legislative sessions that circumvented the three-fifths requirement. Many of these bills would have negatively impacted middle-class families and small businesses. Measure 104 will close the loopholes, making it clear that Oregonians are fed up with politicians working behind closed doors to take their hard-earned dollars.

Democrats, along with their Union buddies, will continue to ram through increased taxes, fee hikes, and the elimination of deductions and exemptions because the revenue they raise is never enough for their out of control spending, PERs 22-billion-dollar black hole, and scandal after scandal with wasted taxpayer dollars. This measure wouldn’t be necessary if the majority ruling Oregon honored the intent of the existing law, but they don’t. Measure 104 puts an end to easy tax hikes.

Illegal immigration takes a heavy toll on Oregon’s resources and costs millions in taxpayer dollars each year. A continually growing population of illegal aliens, along with the federal government’s ineffective efforts to secure America’s borders, present significant national security and public safety threats to the United States. They also have a severely negative impact on the nation’s taxpayers at the local, state, and national levels. Illegal aliens are net consumers of taxpayer-funded services and the limited taxes paid by some segments of the illegal alien population are, in no way, significant enough to offset the growing financial burdens imposed on U.S. taxpayers by massive numbers of uninvited guests.

Since 1987, when Oregon became the first state in the nation to be a sanctuary state, state agencies, including law enforcement, are forbidden from using resources or people to find or arrest people whose only legal violation is federal immigration law. Measure 105 seeks to repeal that law. This initiative allows any law enforcement agency to use the tools at their disposal to detain immigration violators.

Measure 105 will allow more cooperation and collaboration between local police and federal immigration officers. Sixteen of Oregon’s 36 county sheriffs support Measure 105. The rule of law must be enforced equitably among all Oregonians. People who are here illegally should not have a safe haven in Oregon. Measure 105 would help remove criminal illegal aliens from communities, making neighborhoods safer. This measure would free Oregon law enforcement to better protect Oregonians from criminal aliens.

Oregon House Bill 3391, signed into law by Governor Kate Brown in 2017, was a multi-million-dollar bill that significantly expanded taxpayer funding for abortion. State lawmakers declared HB 3391 to be an emergency, preventing it from being referred to the public for a vote. The bill mandated free, taxpayer-funded abortions for undocumented residents as well as for all customers of Providence Health Plans.

Measure 106 does not block anyone’s access to abortion, but it will give Oregon taxpayers freedom from having to pay for other people’s personal choices.

[Bio: Indra Nicholas has been a resident of Grants Pass, Oregon for 22 years, and raised four children in the beautiful Rogue Valley. She was a high school science teacher for many years before starting her own business in home care. Indra is active in politics and currently serves as president of the Rogue Valley Republican Women.]