“You must move in the arteries of the system without anyone noticing your existence until you reach all the power centers … until the conditions are ripe, they [the followers] must continue like this … The time is not yet right. You must wait for the time when you are complete and conditions are ripe.” —Fethullah Gülen June 1999

LTG Michael T. Flynn, our former NSA Chief, hoped to rid the country of Fethullah Gulen, and for good reason, the protection of American citizenry and especially of our children.

So, who is Gulen?  Why are American tax dollars funding his charter schools with no school board oversight?  Why is he allowed to bring thousands of Turkish Muslims into America via H1-B Visas, promoted heavily by the likes of Senator Mike Lee and others in Congress?  Why are his charter schools on our Air Force bases? And what is the connection of Gulen to the CIA?

The leader of the Gulen Charter schools has been hiding in the Pocono Mountains since 1999. The CIA will tell you he came here for “health reasons” but in truth he ran from his government and went into exile when he was accused of attempting to undermine Turkey’s secular regime in order to institute an Islamic state. He obtained his long time visa with the help of former CIA officials.

Sibel Edmonds explains how Gulen was brought into the United States during the Clinton Administration, and how Bill Clinton’s White House, the State Department and the Justice Department’s Janet Reno provided the infamous mullah and his terrorism-heroin operations with blanket immunity and protection.  Clinton’s hand-picked handlers, Graham Fuller and Mark Grossman, were selected to manage and direct Gulen’s cells in the U.S. and abroad.  Link

Gülen is a Turkish imam who started a worldwide network of charter schools to teach the principles of Islam. His massive wealth is estimated to be between $22-50 billion.  In building a sophisticated and well-funded worldwide network, including a substantial presence here in America, Gulen is following in the footsteps and exhortations of Mohammed, who counseled patience and deception (Taqiyya) as a means of overcoming the infidel when the power of the infidel was greater than the power of the umma, (the Muslim community).  This is called “Civilization Jihad,” and is more sinister and dangerous than the frontal assault strategy of al Qaeda and Hamas.

However, Fethullah Gulen, has also made radical remarks encouraging Muslims to destroy “infidels.”  His call for taking violent action against non-Muslims can be traced to the voice recording of a sermon which he preached in the 1980s.

Gulen is educating more than 35,000 students in nearly 200 publicly funded schools, and makes up the largest charter school network in the United States. They promote an Islamic agenda, but receive government money, unlike other religious schools in the United States. These are the schools that are part of what is called Fethullah Gülen Community (FGC), also known as “the Gülen Movement.”

The U.S. Gülen schools receive public, state, and federal funds, but there is no oversight by the local school board. The Gulen charters are the 2nd largest charter chain in the US, second only to the rotten KIPP charters. The Gulen charters have been raided by the FBI many times.  American news organizations have done little to inform the public about the Gülen Movement, its schools, or any deeper significance or associated controversies. To date, only one news story has been produced by the mainstream press, USA Today’s, “Objectives of charter schools with Turkish connections questioned,” and it is rather weak.

Here is a list of Gulen charter schools, albeit it is from last year, but notice the variety of names for these charters.  The innocuous names like Chicago Math and Science Academy and Pioneer Charter School of Science, don’t inform the community that they’re run by an Islamic Mullah.

Gülen schools are among the nation’s largest users of the H1B visas. In 2009, the schools received government approvals for 684 visas – more than Google Inc. (440) but fewer than a technology powerhouse such as Intel Corp. (1,203), reported the Philadelphia Inquirer.  However, they may be facing harder times in the future.

Over the past 10 years, the schools have imported thousands of Turkish educators to work in the schools, most of them with ties to Gülen, who lives in a small Pennsylvania town called Saylorsburg.  The charters receive approximately $150 million a year in tax breaks and subsidies.  Government officials are increasingly concerned that taxpayer dollars are being used to fund a close-knit network of Turkish teachers and businesses using charter schools as a Trojan horse for embedding into the U.S. education system.

These so-called Turkish teachers who speak very little English and who have no teaching experience, come to America and teach for a bit and then disappear into American society.  It is inconceivable that our visa officers have approved thousands of visas for English teachers whose English is incomprehensible.  There are over 5,000 Turkish employees on H1B Visas.  And, unbelievably, the Gülen organization illegally threatens to revoke these visas unless the Turkish teachers agree to kick back part of their salary to the organization.

Countries all over the world are forcing Gulen schools out because of his statements and ideology, but Americans are allowing his Islamic schools on our Air Force bases.  One has to wonder why.  Is it because these bases contain our fighter jets?

General Flynn said, “We are facing another ‘ism,’ just like we faced Nazism, and fascism, and imperialism and communism. This is Islamism, it is a vicious cancer inside the body of 1.7 billion people on this planet and it has to be excised.”

Lawyer Robert R. Amsterdam, founder of international law firm, Amsterdam and Partners LLP, has been engaged by the Republic of Turkey (Erdogan)…to conduct a wide ranging investigation into the operations and geopolitical influence of the Gülen organization, which is behind the Coral Academy of Science and over 140 other public charter schools scattered across 26 American states.”

The Coral Academy of Science in Las Vegas has a Gulen charter on the Nellis Air Force Base in Las Vegas. Amsterdam says his firm’s investigation revealed that the Gülen organization “uses charter schools and affiliated businesses in the U.S. to misappropriate and launder state and federal education dollars, which the organization then uses for its own benefit to develop political power in this country and globally.”

Nellis AFB is a US military installation with military schools and more squadrons than any other USAF base, and hosts air combat exercises such as Exercise Red Flag and close air support exercises such as Green Flag-West flown in “Military Operations Area (MOA) airspace.” They are associated with the nearby Nevada Test and Training Range (NTTR). The base also has the Combined Air and Space Operations Center-Nellis.  One wonders if this is why the Gulen charter is located there. 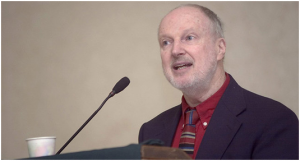 Coral Academy successfully opened a school on Davis-Monthan AFB in 2009, and it tried but failed to gain access to Marine Corps Base Hawaii and Naval Station Great Lakes in Illinois.  In California, Magnolia Public Schools applied for a charter in Oceanside, where Marine Corps Base Camp Pendleton is located, although it temporarily withdrew its application after Amsterdam’s law firm pointed out Magnolia’s connection to the Gülen organization.

Robert Amsterdam asks, “In light of Gülen’s modus operandi elsewhere, the Department of Homeland Security should be asking itself why such a non-transparent, religion-based organization would seek to establish itself on our military bases, teaching the children of our service men and women.”  This is the same thing General Michael Flynn was asking!

Seems the Gulen schools do not follow the law either.  The charter on Nellis AFB did not have a school nurse on site when a child broke her elbow at recess and was sent back to her classroom for the rest of the day.  Now they are claiming there is a nurse on staff.  Link

The CIA and Gulen

The plot to overthrow the current government of Turkey by the CIA was first started in 2008 by the US military-intelligence establishment supported think tank American Enterprise Institute (AEI) (please check the link), whose board members are a “who’s who” of American military connected individuals, pharmaceutical companies, CFR members, and Socialist Democrats.  Their research papers advocated the United States creating what they call a “moderate Muslim” majority in the Middle East to battle Islamic extremists and whose target nation for this action was Turkey.  And Gulen was right there ready to help them.  So, is Gulen working for the CIA?

Graham Fuller, the former CIA Station Chief in Istanbul, and former handler of Fethullah Gülen, is allegedly one of the top American experts on Turkey and the Middle East. As a former CIA agent, he endorsed Gülen not only to enter the US, but to take up residence in the Pocono Mountains, and to then start over 100 charter schools.  All the while, Gulen collects our tax dollars and indoctrinates our children.

The Turkish media reported that none other than Gülen mentor, “former” CIA man Graham E. Fuller, along with another “former” CIA person and close Fuller associate, were some 20 minutes from Istanbul the night the of failed July 15, 2016 coup attempt which would have replaced President Erdogan with Gulen.  Fuller claims to have retired from the agency years ago, when he went over to the CIA-tied RAND Corporation.  An article by F. William Engdahl details Fuller’s long involvement with Gulen as well as his links to the two Chechyn brothers accused of the Boston Marathon bombing.  It has been reported that the coup plotters intended to whisk Fuller to Greece.

General Michael T. Flynn’s history in military intelligence, his knowledge of Islam, and the Gulen/CIA infiltration into America’s charter schools may well have put him at odds with intelligence insiders at the CIA, NSA and National Security Council.  It is my belief that this could have added to the impetus to eliminate the General from the Trump administration, not only by embedded Obama appointees, but also by some of the globalist players surrounding our new president.

Losing General Flynn was a great loss to the Trump administration and to all American citizens.

NewsWithViews’ own Diane Kepus has done extensive research on Fethullah Gulen.  Her articles are an education in their own right, and should be read by every American who is concerned with our safety and the education of America’s children.

CIA Supporting the Islamic Indoctrination of our Children

Another fine researcher is Sibel Edmonds, who has also exposed Fethullah Gulen Charter Schools, the CIA connections, and more. [Link]

Kelleigh Nelson has been researching the Christian right and their connections to the left, the new age, and cults since 1975. Formerly an executive producer for three different national radio talk show hosts, she was adept at finding and scheduling a variety of wonderful guests for her radio hosts. She and her husband live in Knoxville, TN, and she has owned her own wholesale commercial bakery since 1990. Prior to moving to Tennessee, Kelleigh was marketing communications and advertising manager for a fortune 100 company in Ohio. Born and raised in Chicago, Illinois, she was a Goldwater girl with high school classmate, Hillary Rodham, in Park Ridge, Illinois. Kelleigh is well acquainted with Chicago politics and was working in downtown Chicago during the 1968 Democratic convention riots. Kelleigh is presently the secretary for Rocky Top Freedom Campaign, a strong freedom advocate group. Email: Proverbs133@bellsouth.net Website: http://www.rockytopfreedom.com